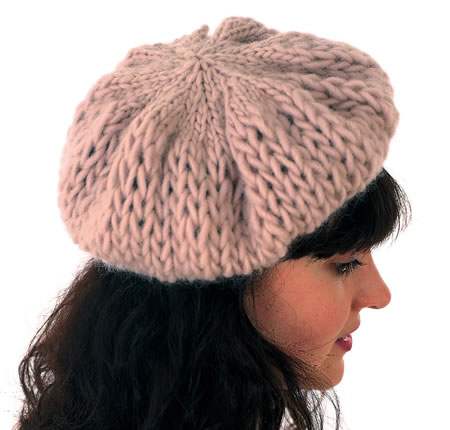 Just because the ball band of a yarn states you should use a certain size of needle doesn’t mean you have to obey! Experimenting with bigger and smaller needles and different types of yarn can produce exciting results, as in this case.9mm is the needle size recommended for Little Big Wool,so using 7mm for the rim of the hat ensures a snug fit,while the chunky needles create the shape but without too much weight,so the hat is as light as a feather to wear. However,you’ll need to keep a tight hold on your 20mm needles when knitting with yarn recommended for smaller pins as the tension is very loose.