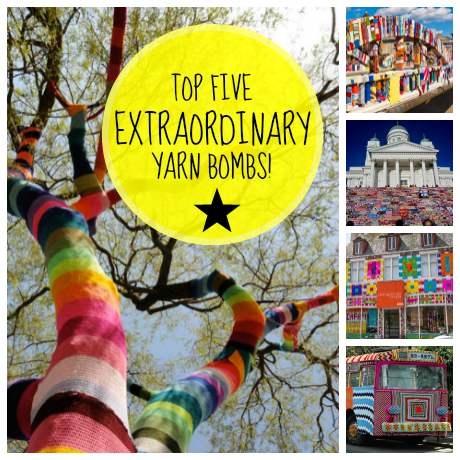 Whether it’s to beat a world record, raise money for charity or just to beautify a forlorn urban space, yarn bombing has the power to do a lot of good. Here, Let’s Get Crafting magazine‘s deputy editor Elaine Bennett picks her five favourite extraordinary yarn bombs from around the world to inspire you. 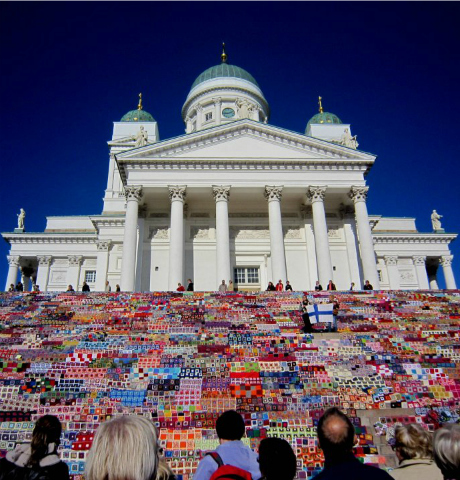 In an attempt to break the Guinness World Record for the largest crocheted patchwork quilt in the world, 7,000 blankets were laid out on the steps of Helsinki Cathedral in Finland. 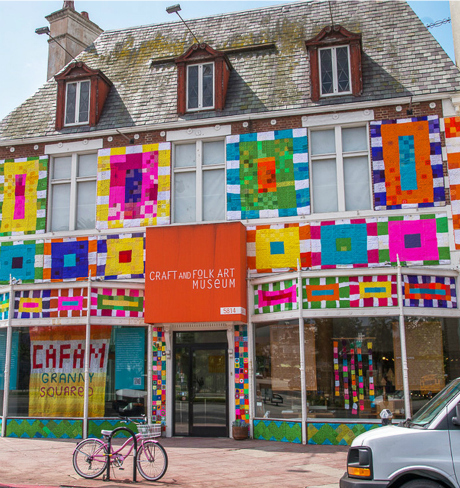 Yarn Bombing Los Angeles covered the Craft and Folk Art Museum in LA with 12,000 crocheted granny squares. The impressive project was designed to bring together artists and crafters from more than 25 countries. When taken down, the squares were sewn into blankets and donated to charity. 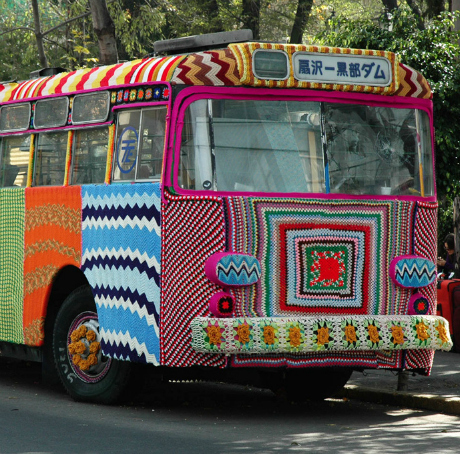 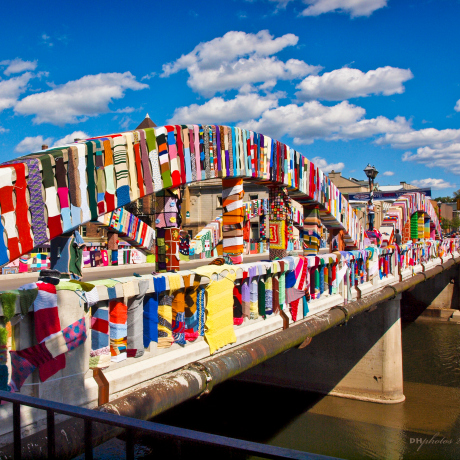 The KNIT CamBRIDGE project was the brainchild of Sue Sturdy, a fibre artist from Cambridge, Ontario, Canada. It was designed to highlight Ontario’s textile production history. The knitted strips were attached to the bridge with 16,000 zip ties and over 1,000 knitters from around the world contributed. Image via DHPhotos. 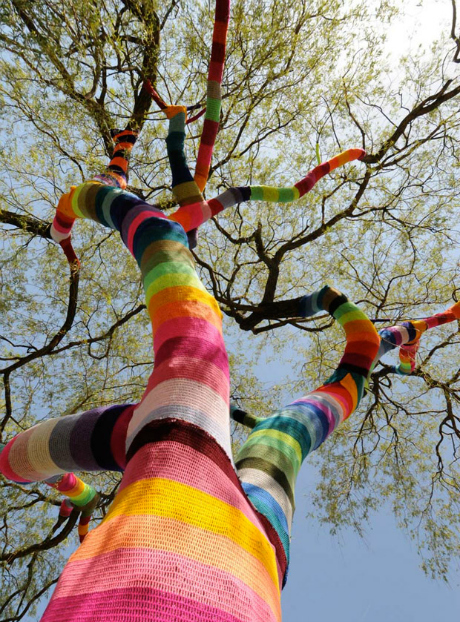 See more of our favourite yarn bombs over on our Pinterest page.