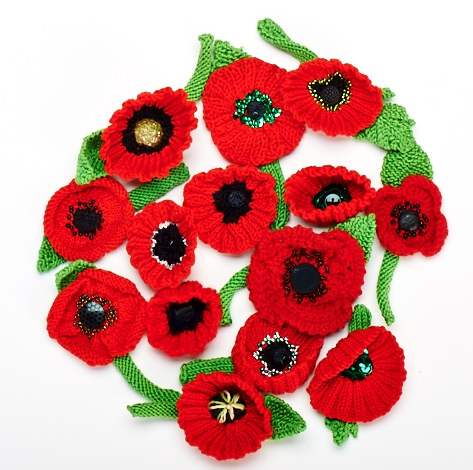 Help to mark the centenary of the First World War while raising money for the Royal British Legion.

Marking the 100th anniversary of the beginning of the First World War, August 2014 will be a month of reflection for many of those affected by war – whether it is a century in the past, or currently taking place overseas.

Thankfully, the Royal British Legion is there to help support the armed forces community however they can, whether it be through welfare and representation, or care for veterans and families. It is also the UK’s custodian of remembrance, meaning that the charity is behind the many remembrance events which take place in November each year.

This year, as the beginning of the centenary of the First World War, there are even more events taking place than usual. You can find more information about what is happening near you at www.1914.org

Why not use your crafty skills to support this cause by knitting poppies to sell in order to raise money for the charity? Jane Burns has designed a poppy pattern which you can use to get started, available to download for free here.

Alternatively, why not join the nationwide collective Knitting For Victory, who are bringing together knitters around the country? The campaign, run by Verena Tucker, is getting knitters of all abilities making poppies. The knitted poppies made by the group will be worn by celebrities and the Red Arrows, and the campaign has already received yarn donations from Black Sheep Wools, West Yorkshire Spinners, Rowan and Artesano.

Find more information about patterns, kits, and events by liking the “Knitting For Victory” Facebook page.

Find out more about the Royal British Legion at www.britishlegion.org.uk