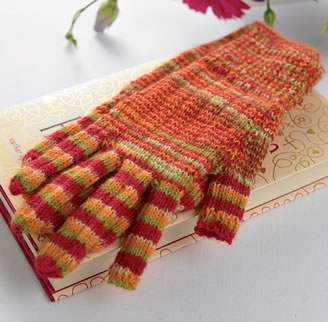 Make your life easier with Marcia, our clever commuter gloves by Lesley Arnold-Hopkins

There's no doubt that gadgets like smart phones and MP3 players have made the daily commute more interesting but, annoyingly, the touchscreens on these devices can't be operated whilst wearing regular gloves. We've found a solution with Marcia, our commuter-friendly gloves by Lesley Arnold- Hopkins. The tip of the first finger and thumb are missing, enabling you to operate your gadget, turn the page of your novel or buy a train ticket from the machine with ease. Marcia also features an extended cuff and ribbed palm to ensure a perfect fit.