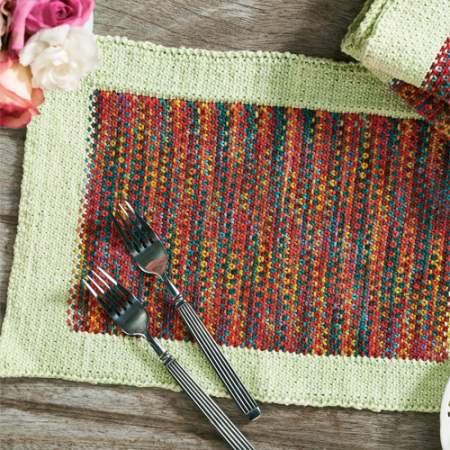 An easy make that will brighten up mealtimes this summer

Joining in
Join a new ball of yarn on an edge that will be enclosed in a seam whenever possible, using either of these methods:
Knit the first stitch of the next row with both ends held together, drop the old strand, carry on
OR
Knit the first few stitches with the new yarn only, stop, then tie the two ends together in a bow to secure them
Then leave the ends at least 10 to 13cm long to weave in later.

Welcome, enter your email to get your free pattern download!

Register for free to the Let's Knit newsletter to receive all our member benefits.

Great, you're almost there!

You should receive a comfirmation email shortly to:

We have sent you a confirmation email, please confirm it.