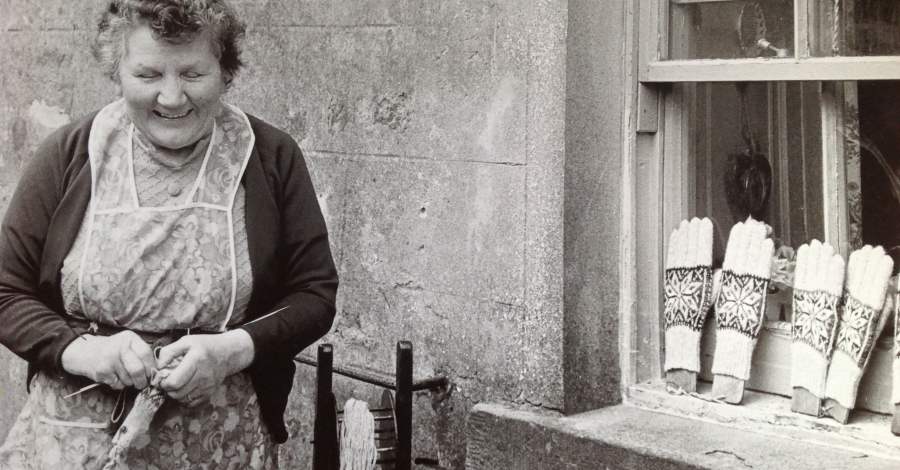 Born and raised in the Shetland Islands, blogger and knitwear designer Donna Smith writes about her ever-changing relationship with the region’s traditional crafts.

Growing up in Shetland I was surrounded by knitting, and in particular, Fair Isle knitting. This was done mostly by the female members of my family, both for pleasure and to earn a bit of money. My maternal grandmother, Maggie, lived in Lerwick (the capital of Shetland) and seemed to permanently have her knitting in her hands (except for Sundays). The ‘click click’ of the needles, the ‘tick tock’ of the clock, and the smell of the gas fire during our visits are all very firmly stuck in my mind and are evocative of winter, of cosy nights in sitting beside the fire eating homemade pancakes.

I can only ever remember her knitting Fair Isle gloves and hats, using Shetland wool which was mainly in natural Shetland colours. She would then sell the finished items in the various knitwear shops and to agents in Lerwick - although I also recall being told about how on Saturday she would go to the main street in Lerwick with some knitwear she had made, and come back with the Sunday roast! There she is, above, standing in the lane outside her house knitting a glove while some pairs dry on wooden glove boards in the windowsill.

Fair Isle garments are generally designed by each knitter with techniques and patterns being passed down within families, but individuals might change the colours and/or patterns to create something unique. Many people, including myself, wore ‘allovers’ (so called because it features Fair Isle patterns all over).  The pictures below show examples of traditional Fair Isle garments that were part of my everyday life as I grew up. 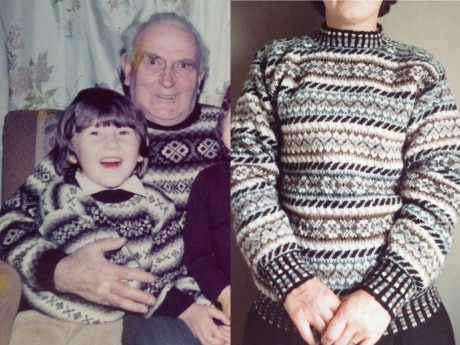 Me and my grandfather wearing allovers in natural colours; my mother in the 1980s 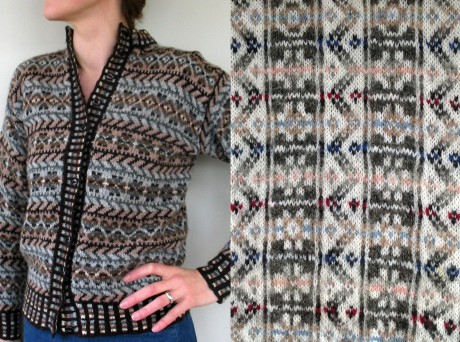 A ‘lumber coat’ knitted by my mother in the 1980s; a close up of one of her jumpers

In the 1980s and 90s, Fair Isle became unfashionable and, like many teenagers at that time, I began to think Shetland jumpers were rather uncool, so I swapped my handknitted garments for the acrylic batwing sweaters that were so popular back then. My mother had a rest from knitting Fair Isle, and while I bought my acrylic batwing sweaters, she knitted hers in mohair. In the last few years of her life, however, she came back to Fair Isle knitting in a much more contemporary way, as the pictures below show. 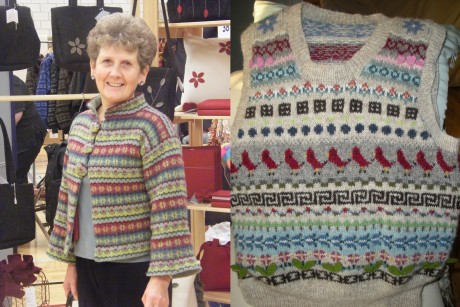 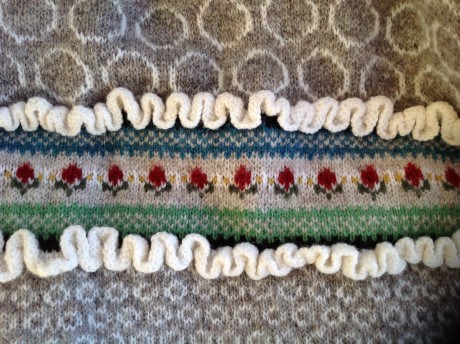 Close up of a Fair Isle jacket with knitted in frills

Sadly these are different days here now. No longer does knitting feature heavily in many homes, and I very much doubt if anybody would be able to swap a lamb joint for a pair of gloves. Most patterns weren’t written down (although the Fair Isle motifs would probably be dotted out) and were held in the knitter’s memory or worked out as they went along. 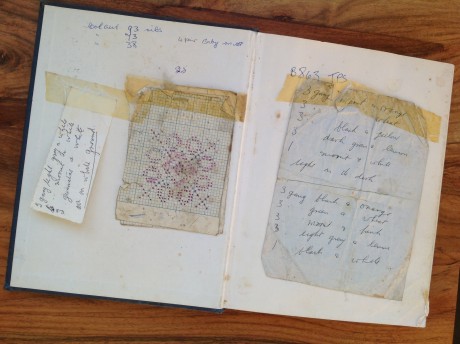 I feel disappointed that I didn’t pay more attention to what these women in my life were doing, and although I have been able to knit all my life I didn’t take time to learn the traditional methods that had been passed down through the generations. It’s funny, though, how things come around; I have recently taken two night classes to learn how to knit the jumpers I once disliked. For me now, being able to carry on the skills that are so imperative to our heritage is extremely important. Fortunately, Fair Isle knitwear is now very fashionable and appreciation for handmade and unique items is increasing. One of my garments is shown below; it was based on a jacket my paternal grandmother knitted for my cousin almost 40 years ago.

My Fair Isle jacket; one of the original jackets

My latest project is to recreate a pair of gloves in the first photograph using Shetland yarn and natural Shetland colours. In fact, the yarn I am using probably belonged to my grandmother. 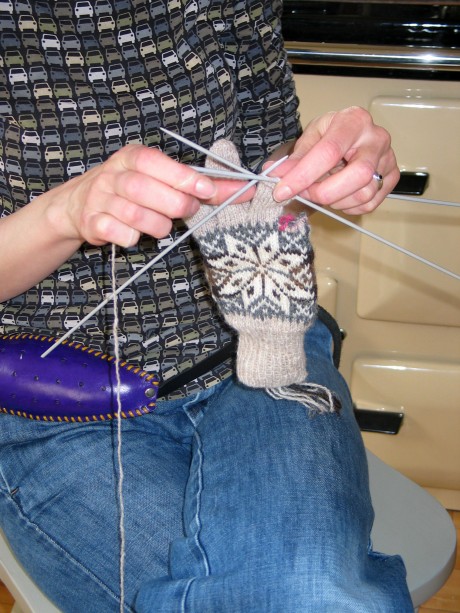 I sincerely hope that our younger generations can carry on learning these skills that were so crucial to our forbearers. Knitting is such an important part of Shetland’s heritage and it is up to us to retain this part of our culture, and in the process create more wonderful memories.