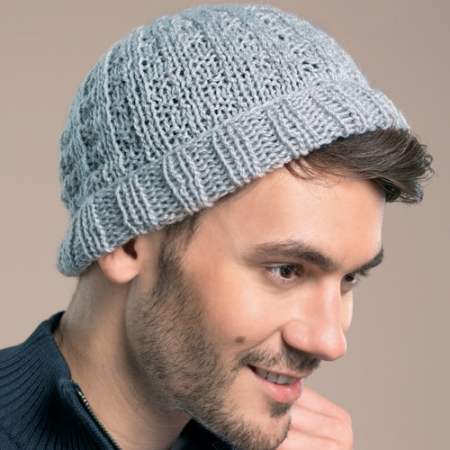 Some men are determined to get cold during the winter months – it's a macho thing – but this simple yet stylish hat might just tempt him to wrap up warm. The silver shade used is masculine and makes a great change from boring old black. We've opted for a waffle stitch pattern which adds texture without being too fussy.

Using 5mm circular or double-pointed needles cast on 76 sts. Join in the rnd, pm to show beg of rnd