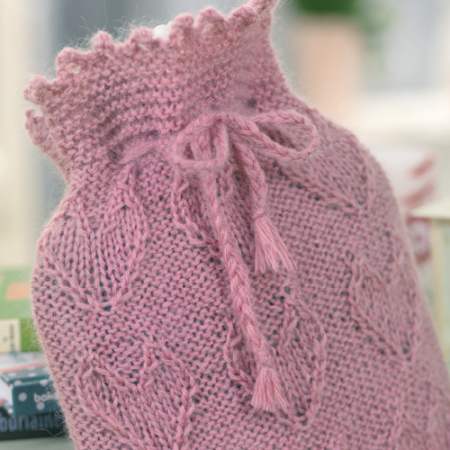 In preparation for the chilly nights ahead, a hot water bottle cover is the ideal project for this time of year, and also a nifty gift idea for the Christmas list!

Press according to yarn band instructions and sew side and bottom seams. Tie, then cut six strands of yarn 75cm long. Make into a plait, and thread through eyelets